Kessingland Church of England Primary Academy is responsible for coordinating and managing admissions to the Nursery. The Nursery has 26 spaces in the morning during the 2021-22 academic year. The session will run from 8:40am-11:40am. Parents wishing to send their child to the Nursery will need to complete an application form (available on the school website or by contacting the school office). This form must be completed and submitted by 31st January prior to the September in which the child would start Nursery (that is the September after their third birthday).

If the Nursery class is not at full capacity in September, the school may consider offering a second intake in January for those children that are turning three in the previous term (i.e. 1st September to 31st December). These children could be offered a place to start in the January before the September in which they would be due to start. For this reason, parents may wish to submit an early application. If the school decide to offer a January intake, applications for eligible children (i.e. those turning three in the autumn term) will be ordered according to the criteria below and available places will be offered in that order. As early years funding to schools is based on the number of sessions attended, the school will allocate places first to children wanting 5 sessions per week; either every morning or every afternoon

Preference for a morning or afternoon space will follow the oversubscription criteria below.  When the number of applications for admission exceeds the number of places available, the following criteria will apply in order:

For further information and advice on this criteria refer to items 5 and 6 in the clarifications section of Appendix 1.

Tie-Breaker: In any case where two or more children rank equally under any of the above criteria and there is only one place available, the tie-breaker will be the oldest child by date of birth.  If two children have identical dates of birth, the child closest to the school (‘as the crow flies’) will be offered the place.

Once all children wanting five sessions or more have been allocated a place, the school will use the same procedures to allocate any remaining places to children wanting fewer than five sessions. Priority will be given to those wanting most sessions. The school will write to parents by the end of the first week in February to advise whether or not their application has been successful. Parents will need to confirm their acceptance of the place, in writing, within 14 days; this can be done by returning the reply form attached to the letter.

Where it is not possible to offer a child a place they can remain on the waiting list and places will be allocated from the list as they become available. The waiting list will be ranked according to the oversubscription criteria and may change if late applications are added. If a space becomes available, parents will need to confirm their acceptance of that place within 14 days.

A place in the Nursery does not guarantee a place in the Reception year of the school. At the appropriate time, parents will need to complete a Suffolk County Council application form and school places will be allocated according to the Local Authority’s published admission arrangements. 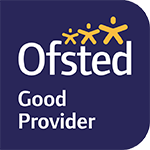